"If there are any countries with clearer evidence, then the international community will certainly listen to them," the UAE's top diplomat said of last month's attacks in the Gulf of Oman.
U.S.

How to Watch the First Democratic 2020 Debate in Miami

Senator Elizabeth Warren will be center stage as 10 contenders for the 2020 Democratic presidential nomination face off in Miami on Wednesday.
Politics

Kellyanne Conway violated the Hatch Act more than a dozen times, the Office of the Special Counsel noted. There were just two violations during the eight years of the Obama administration.
SPONSORED INSIGHT

What are the leading global business schools of 2019?

Business schools offer more than just certification—they nurture the leaders of tomorrow. But which schools, in which countries, are producing graduates that will transform our world?
SPONSORED INSIGHT

Why IB schools lead to a better degree for your child

Nayib Bukele said that "someday we will finish building a country where migration is an option and not an obligation."

Warren's Ultra-Millionaire Tax Estimated to Bring in $2.75 Trillion Over 10 Years

Presidential candidate Elizabeth Warren has said the revenue from the tax on the richest 0.1 percent of Americans could help pay for universal child care, tuition-free college and student loan forgiveness.

On Sunday, the top five morning talk shows hosted political heavy hitters to discuss the news of the day but Carroll's allegations were hardly mentioned.

NATO Secretary-General Jens Stoltenberg said responses to Russia's 9M729 could include "intelligence, surveillance and reconnaissance" along with "air and missile defenses, and conventional capabilities."

First lady Melania Trump said she and President Donald Trump could think of "no better person" to serve as the U.S. leader's new press secretary.

A Federal Communications Commission proposal to share a radio spectrum band relied on by weather forecasting services with mobile companies has been opposed by meteorological experts.

Prince William Would 'Fully Support' His Children if They Were LGBT

The duke made the comments at the opening of a new charity center to serve members of the LGBT community facing housing issues.

The "equatorial cold tongue" extends from Peru far into the western Pacific, across around a quarter of the Earth's circumference.
OPINION
LATEST NEWS
SPONSORED INSIGHT

What can a career in public affairs, policy & administration do for you?

Find out what positions in this challenging and rewarding field entail and how you can get the necessary qualifications.
Sign up for our Newsletter
Sign up
Update your preferences »
Special Edition

Do you remember your first LEGO set? Celebrate the brand’s most iconic sets and its incredible 20-year partnership with Star Wars with the newest Newsweek Special Edition!
June 28 ISSUE
See All Features
IN THE MAGAZINE
Cover U.S.

Gen Zs Are Determined to Avoid the Mistakes of Their Predecessors

Tensions Between the U.S. and Iran Remain High, But Will There Be War?

Does Bernie Sanders Know How Socialist the U.S. Is?

Baby Boomers Say the Golden Age of Rock and Roll is Over. Wrong!

Here's What the Religious Right Gets Right

"As a company that helps children become their best selves—curious, creative, caring, and confident—we want kids to understand the importance of having moral courage," Highlights for Children CEO Kent Johnson said in a statement.
U.S.

When questioning a Trump-appointee who suggested Conway be fired for ethics law violations, Republicans appeared to repeatedly misinterpret the Hatch Act.
Tech & Science

NASA: Arctic Ice Arch Has Crumbled Months Earlier than It Should Have

The arch that connects Greenland and Ellesmere Island normally breaks up in June or July.
World

Russia Says U.S.-Iran 'War' Possible, But 'We Will Convince' Them to Talk

Russia has backed Iran's claim that the U.S. Navy drone shot down over the Strait of Hormuz had strayed from international airspace into that of the Islamic Republic.
Politics

Ukraine Oligarch Linked to Paul Manafort Can Be Extradited to Chicago

They all said they were given soap and toothpaste, unlike some migrant children in U.S. custody.
U.S.

"It's astounding that even a person as coarse and unmannered as [Donald Trump] doesn't realize the implications of his denial," said writer and filmmaker Douglas A. Blackmon.
FEATURED SLIDESHOWS
7

One Giant Leap: 5 U.S. Destinations That Helped Put Man on the Moon

Six Celebrity Pools that are Making a Splash

The Most Dog-Friendly Cities in America

D-Day: Photos from the Invasion of Normandy

Fox Contributor Suggests Migrants' Drowning Was Their Own Fault

2020 Primary Debate: Here's What You Need to Know about the Candidates

Bridging the Gap Between Creativity and Entrepreneureurship

Neanderthal Site Where Our Ancient Relatives Lived for 10,000 Years Found

Are 'Married At First Sight' Season 9 Stars Iris and Keith Still Together?

Are 'Married At First Sight' Stars Beth and Jamie Still Together? 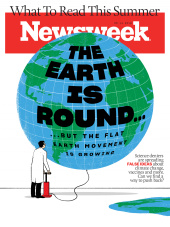 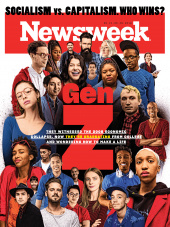 In-depth Stories You Don't See Elsewhere About Topics You Want to Read!

All Access + Weekly Delivery.
Choose A Membership That's Perfect for You!

Take back your inbox. Sign up for our newsletter and start making sense of the world around you.